We are the leader in the customer service solutions for enterprise. We are Thais. We provide innovative software solutions for contact center, incident management and Tele-sales campaign management. All of these solutions allow your agent interact with your customer via Phone call, E-mail, SMS, Sticker chat.

In 2009, we introduced CT Asia Robotics, the visionary company who commits to develop service robot in the area of restaurant, marketing event and health care service.

In 2015, “Dinsow” the elderly care robot, starts taking care of the elderly in Thailand and in Japan. 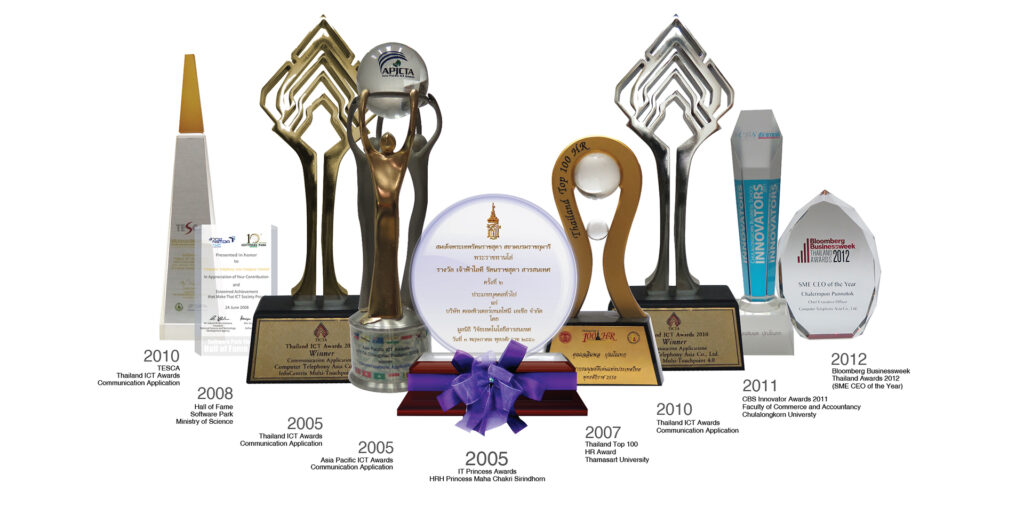 In 2009, we built the first service robot of Thailand as well as the first of ASEAN regoin, named Dinsow. With the vision that in the near future robots will help the human like us especially in the areas that have shortage of human resources such as health care services.

In 2010, we built 10 restaurant service robots for MK, the large restaurant chain in Thailand. In 2014, we built 14 robots for the Robot Restaurant in Lidköping, Sweden in order to take order from the customer and also deliver the food to the table.

After years of partnering with hospitals in Thailand and in Japan, we launched Dinsow, robot for elderly care service. Dinsows will deliver full service since 2015 in many countries including Japan and EU 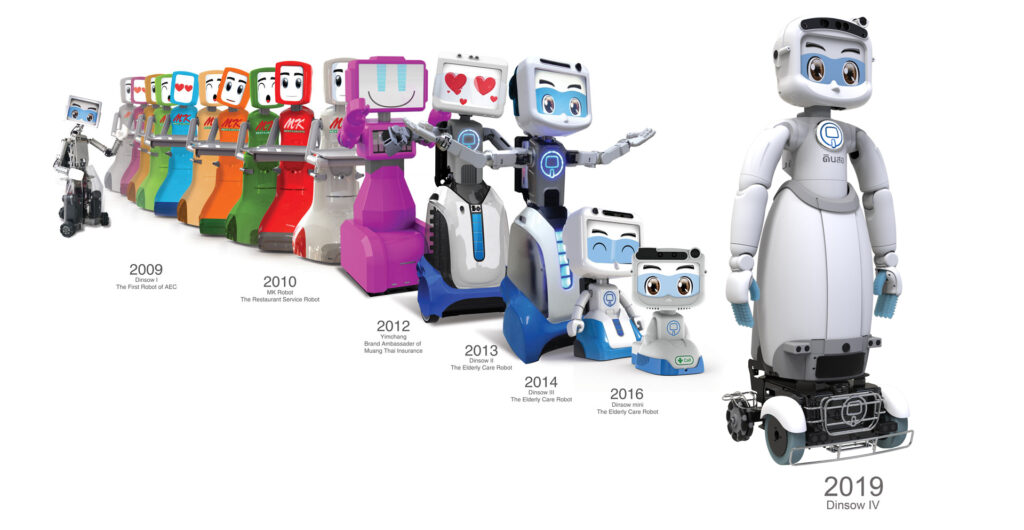